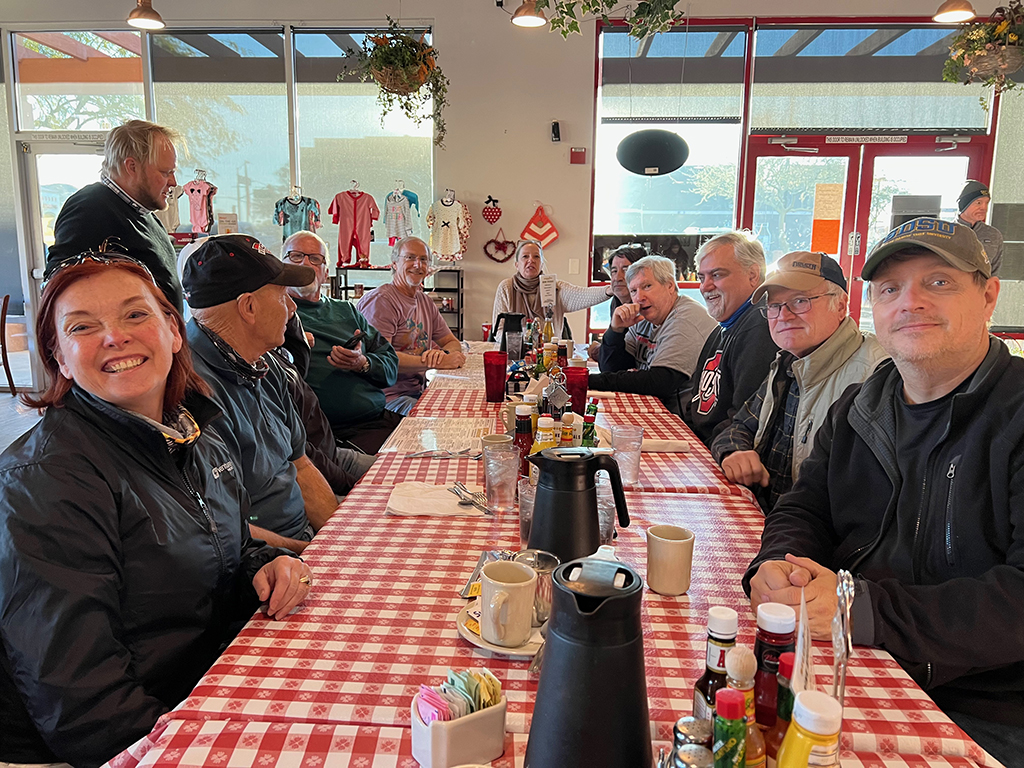 Met up with Todd in Arrowhead as we learned on the last ride that we both live near each other. I asked Todd to lead to Ahwatukee as I am still getting use to the Garmin. We went a different route than when I originally scouted the restaurant the previous month. As it turns out heading down the 101 W to 10 E to get to the 202 was a much quicker route.

When we left Arrowhead the temperature was quite nice as we both joked that neither of us put the extra layer on like we did for the Lake Roosevelt ride the previous Saturday. However, once we got onto the 202 out into the farm country the temperature dropped & we both would have liked that extra layer. Fortunately the Biscuits restaurant  was not too much further ahead & we arrived only slightly chilled!    Once there Rodney, Mitchell, Marcia & others had already assembled some tables for our group. When I arrived I was pleasantly surprised to see about 10 riders. A short time later I looked around the tables and realized we added tables and were now up to 16 people. What a great way to start a Saturday morning with so many fun people!    The Biscuits staff was super friendly and put pots of coffee on the table for everyone & they were quick to get to other drinks filled. When our food arrived promptly it was delicious and once again the staff was kind enough to provide separate checks to all.As breakfast ended some gathered outside to finish conversations & say good bye before taking off. Once again a good time was had by all & the temperature had risen making for a warm ride home.