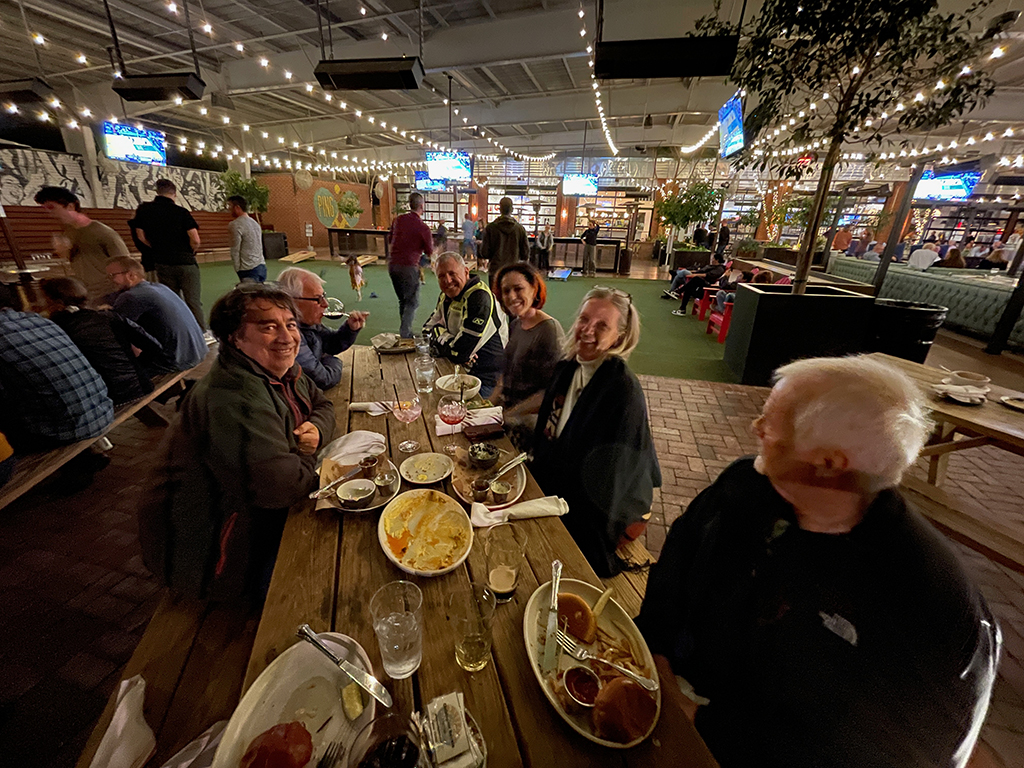 This month’s dinner meeting saw us return to the site of where the AZRATPack was born and our first dealer sponsor. The club was formed in 2003 at Phoenix International Motorsports, formerly Dirt & Street as part of the R.A.T. Pack initiative from Triumph to start a community in the style of Harley Owners Group (HOG). PIM was later sold to the Superstore group and became Triumph Superstore who continued to sponsor the club.

After going bankrupt, the building remained closed until Fox Concepts purchased it and opened Culinary Dropout/The Yard. You can see vestiges of the old dealership where the main restaurant is. You can still see the garage door type of windows where the service shop was, now filled by a pizzeria and another restaurant. A unique feature of the dealership was the covered parking for customers. The lot has been converted to the “Yard” portion of the restaurant where there are seats and various games people can hang out at.

Our group ended up sitting out in the Yard at a picnic table that was partially covered by the roof and trees. When it started to rain, the covering wasn’t enough and some of us started to get wet. Luckily, we were all done eating at that point and wrapping up.

As always, the food was good as was the atmosphere. It was great catching up with everyone as this was my first club outing of the year for me. Until next time!