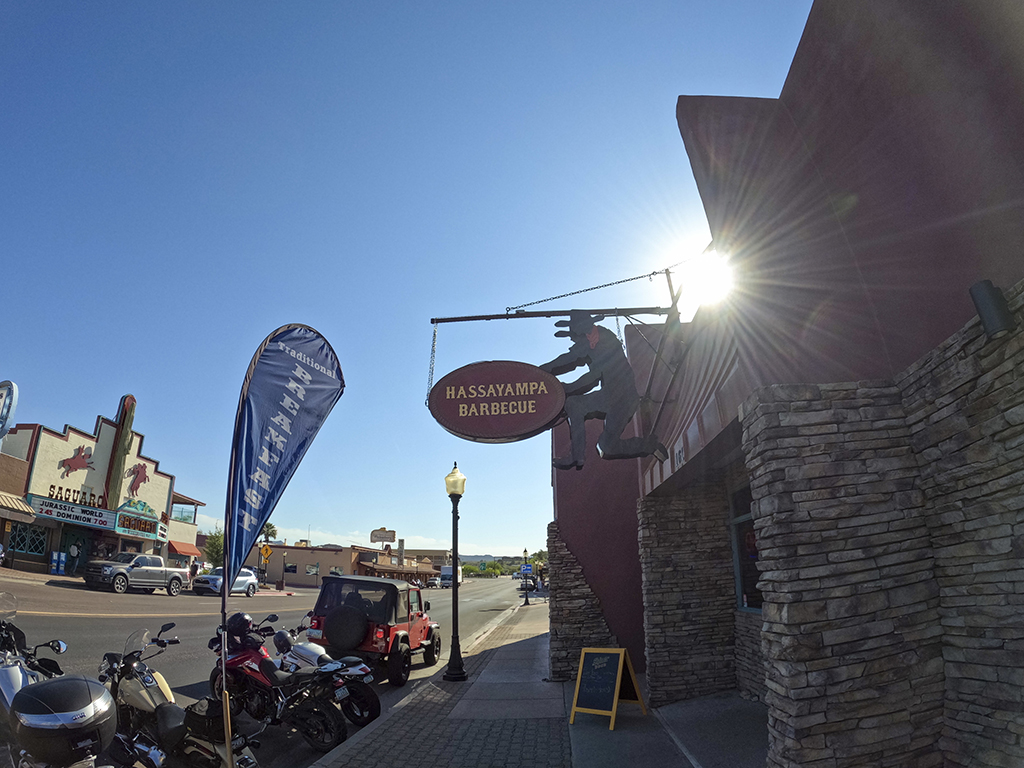 This breakfast in June was full of surprises for me as I was not sure if members would be willing to ride on what was an Extreme Heat Warning weekend here in Arizona. A few days before Saturday I checked registrations and we had 3, me being one of them. I called the restaurant any way & in my optimistic view I let them know that a group of about 10 people would be showing up for breakfast on Saturday morning. Also, to request that we each have our own separate check rather than one for the table and they said no problem.  The other inquiry was to ensure they offered more than just the Breakfast burrito that was listed on their website and I was assured they had a full breakfast menu.

On my ride up to Wickenburg for breakfast I had another surprise that was confirmed later by the arrival of Marica & Mitchell. The surprise being that I actually passed Mitchell on Highway 74! That never happens as I usually go about 5 mph over the speed limit, but today he was only doing the speed limit. As he & I chatted we determined what was causing this rarity to occur, sadly it’s the $6 gas.  =(

The best surprise of the morning was seeing so many people come out to Hassayampa Barbecue. After only expecting a handful we had 18 people in total and it took two big tables to accommodate us all. Great conversations and stories were told by all, even with some exaggeration. The food was good and staff was amazing at getting us fed. They were even kind enough to create all those individual checks for all of us.

The ride home was a bit warm but comfortable as I had my usual feet out on the highway pegs, cruise control set and tunes cranking rolling down Highway 74. Too my final surprise Sebastian went flying by me looking like he was have a good time too!