This month’s dinner was in a trendy section of downtown Phoenix near Roosevelt Row.  The club has been here twice before, the first was an Alien Abduction Tour Meet & Greet and then  we’ve had a regular club dinner.  Both occurred a few years ago and we were due for a return!

Known for their pizza, I had a dish of pasta that was very good!  It was refreshing it wasn’t your run of the mill tomato or alfredo sauce but with olive oil.  Very tasty and different!  I did try a slice of Steve Stoops pizza and it was as good as always!  It was nice to see so many of us brave the heat of the Phoenix summer to make it out, though most of us “braved” the heat in our air conditioned cars!  As always, the company and the conversation was top notch!  Everyone, enjoy your 4th of July! 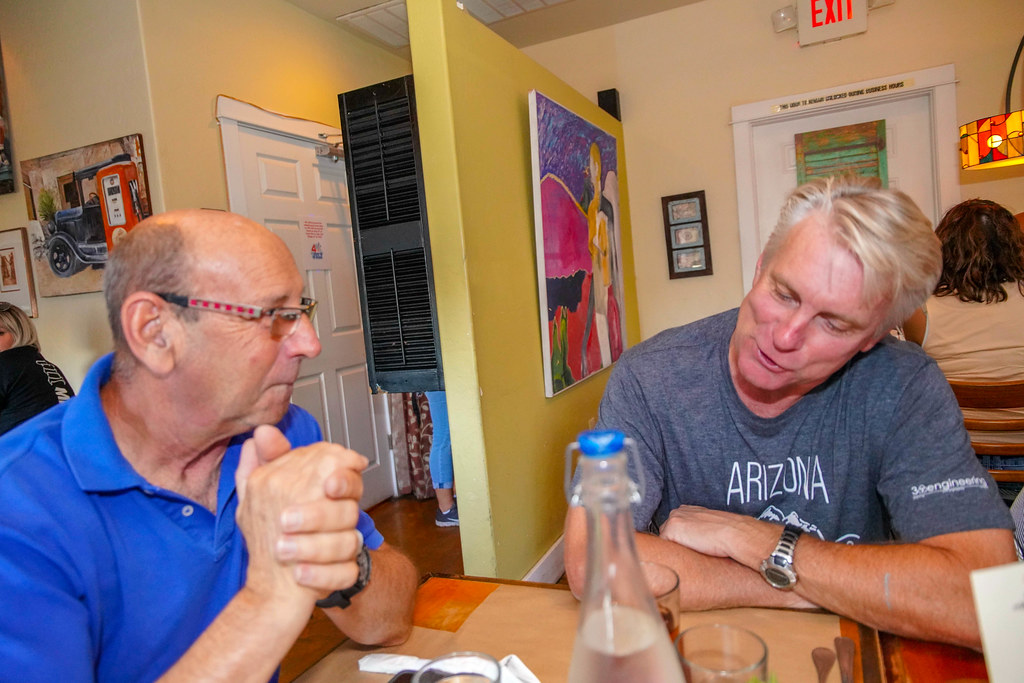