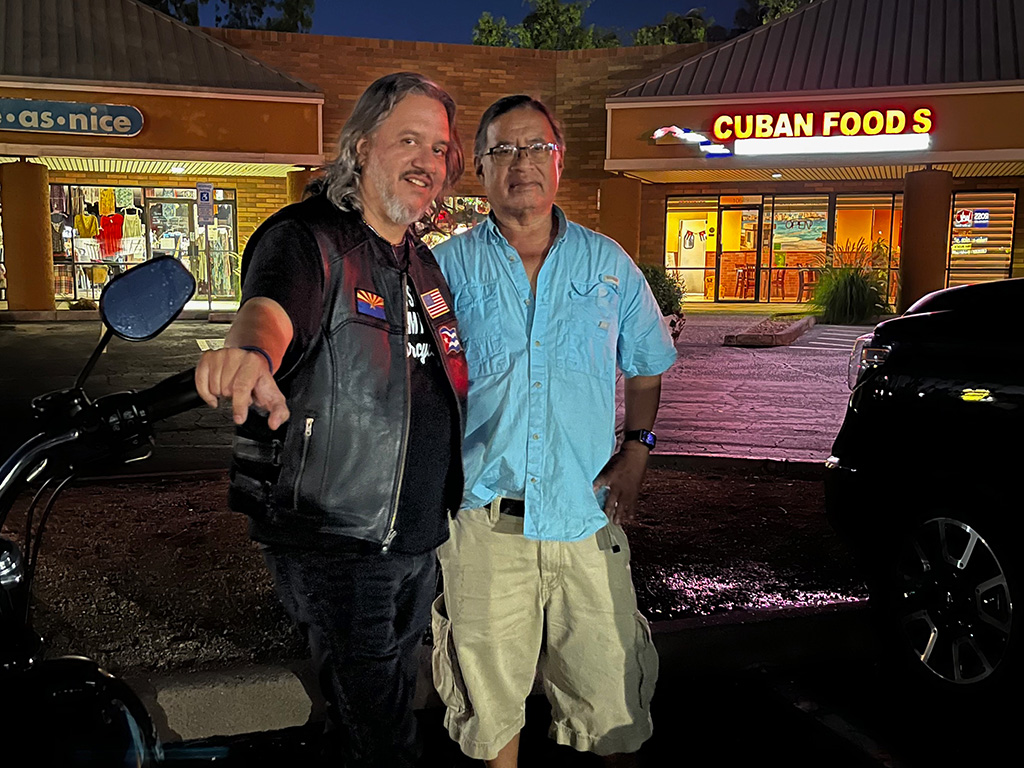 Tonight’s dinner was a combination of catching up with motorcycle friends, talking about old times and some Cuban culture.

It was a fairly warm ride over to Peoria & 43rd Ave where Cuban Foods is located. I left a little early to visit Sam Ash music store less than a mile away. When I arrived at the restaurant, Rodney, Jo and Brian were already there with our table set up.

It was fun catching up with Chris and telling old stories about Ducatis and my time at Fast By Ferracci along with AMA road racing in the late 90’s and early 2000’s. It was also fun telling people a little about Cuban culture! Sorry for the lack of photos, but I was caught in the moment! I guess that makes for a successful meal! Until next time!