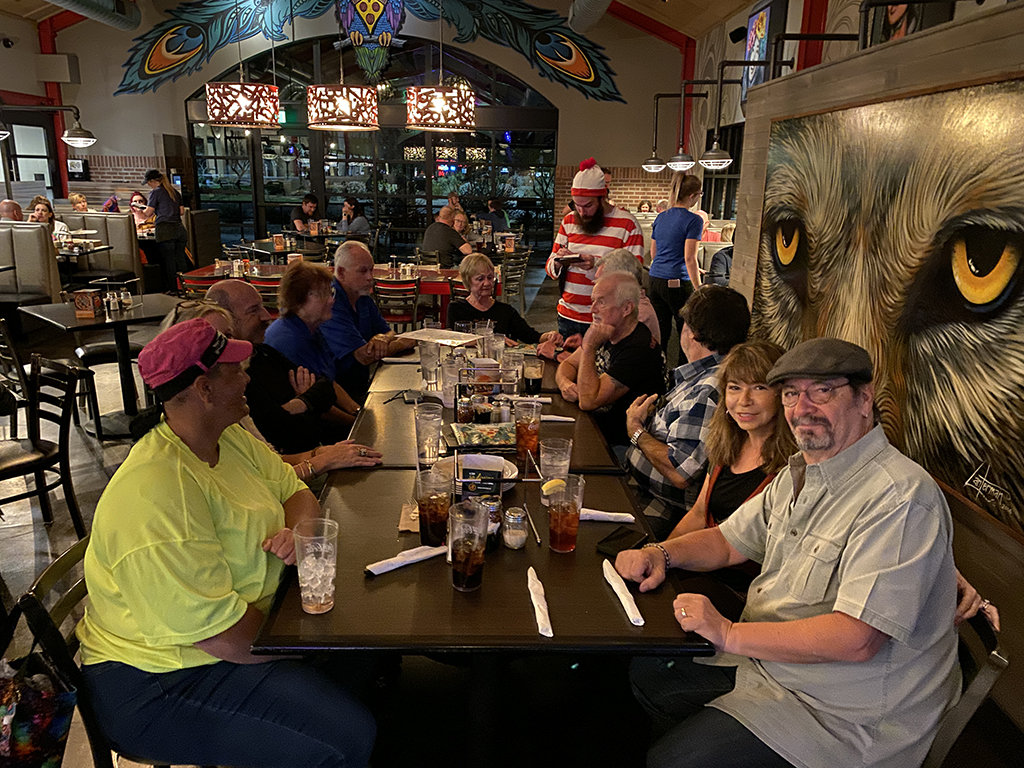 This month’s dinner location was at the Mellow Mushroom in Mesa on Stapley and US60 and came at the suggestion of one our members. I left work early on Halloween in hopes of getting to the restaurant early to get things set up for us since they didn’t take reservations.

It turns out that was met with a lot of traffic and took me just over an hour to get there from the Scottsdale Airpark! Road Captain, Steve Stoops was already there and had set aside a table for 15 which we promptly filled up. After ordering dinner, we sat and caught up with each other and talked about future rides and events. An hour and a half later, most of our dinners arrived. A half hour or so later, the rest of the food arrived. Fortunately, the food when it eventually arrived, was good! It was great catching up with everyone! Remember, there is no dinner for November because the last Thursday of the month falls on Thanksgiving. We’ll see you at our 2nd Sunday Breakfast in a couple of weeks!