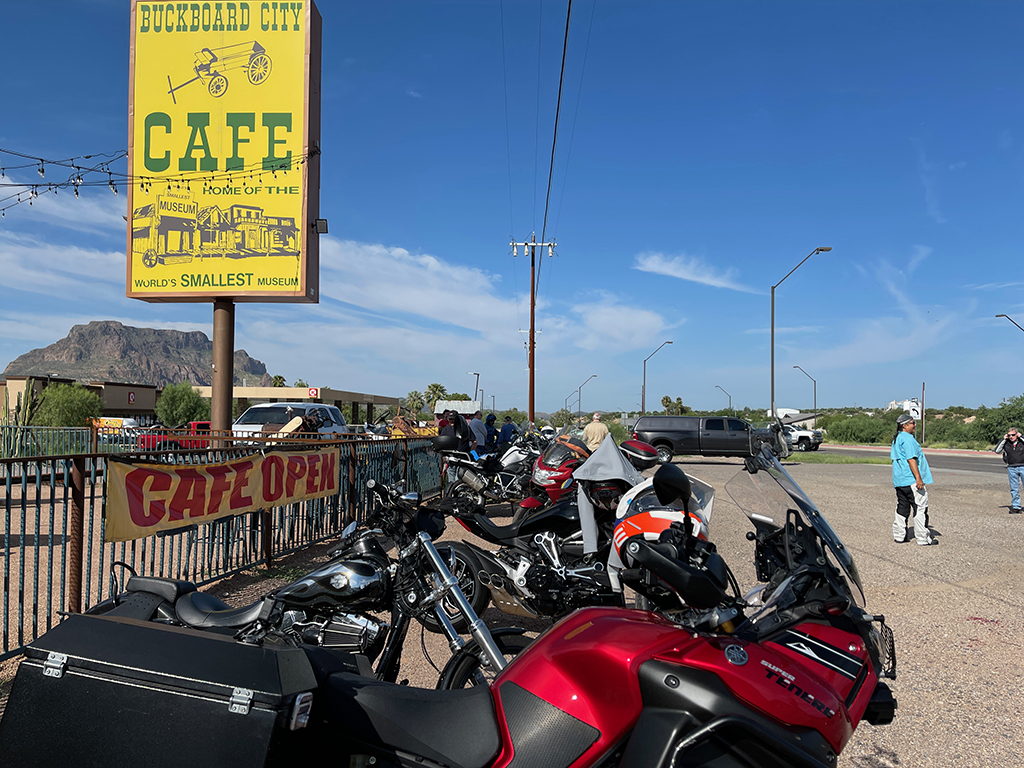 It started as a nice and cool morning at about 75 degrees as I set out on the Harley to breakfast in Superior. The temperatures stayed fairly consistent as I climbed in elevation and it was getting later in the morning. Such a pleasant ride!

After reaching the Buckboard City Café, I parked in the parking lot right off of US 60 and was greeted by other members in the very “Arizona” decorated courtyard.

There were about 15 of us for breakfast along with a few people that were locals and other motorcycle groups which quickly overwhelmed the kitchen and waitstaff. Welcome to the COVID times! My breakfast burrito was very good and worth the wait!

After breakfast, a few of us set off north for some additional riding while a few others elected to beat the heat and head home. I was going to do the latter. I started to head home, but at the last minute, I turned around and headed north. The nice weather was so addicting to be in! I paid for it later as I was rolling through Fountain Hills on the Beeline after looping around Roosevelt Lake. Turned out to be a typical late summer day here in the valley, but the break from the heat up north was worth it though! I forgot how scenic SR 188 is!

As always, it was great to catch up with everyone!