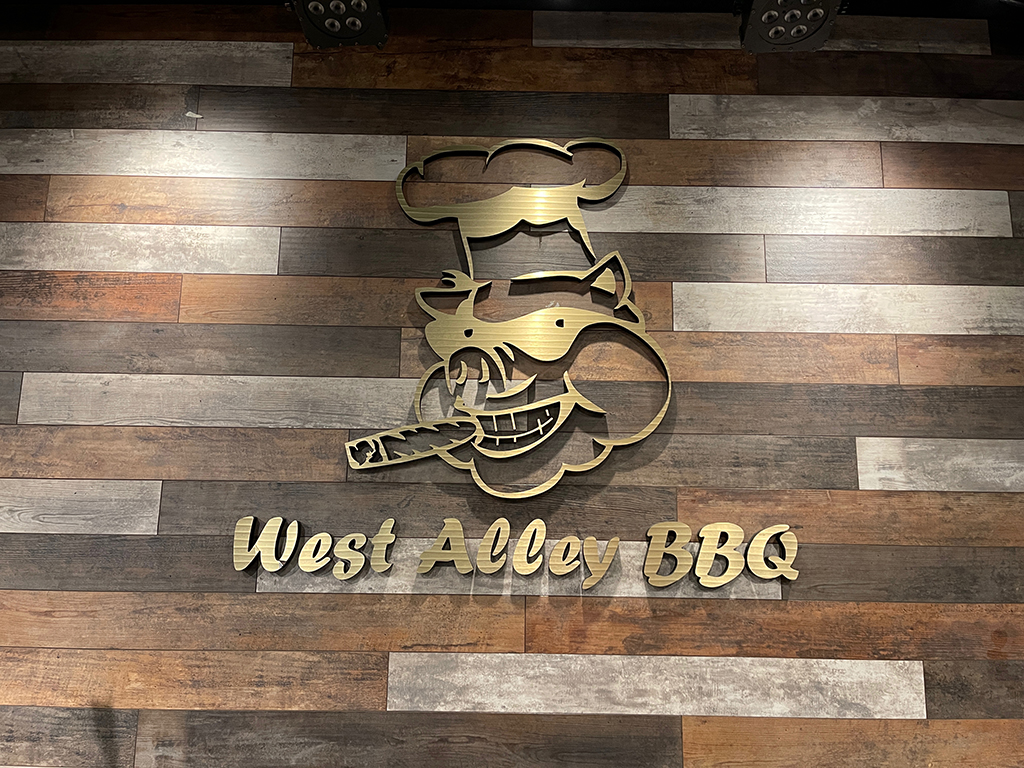 My intention was to ride the Harley to dinner tonight, but the combination of having to run some errands before dinner plus some dark skies to the south, I ended up in the Ford.

West Alley BBQ is on a side street in the booming Chandler Downtown area. A modern space with a stage for live entertainment is the center point of this two story restaurant. Moving our dinners to the last Tuesday of every month from Thursdays means

that there’s a good chance that the restaurant would be less busy and we’d have less of a challenge to keep our group together. We pretty much had the restaurant to ourselves and had access to add tables to our big, long one as we had a fairly large turnout.

The Memphis BBQ style of food was excellent and the staff was super friendly and accommodating! Another advantage of going on a slower night. We will definitely be back!

As always, it was great to see everyone, mostly the usual suspects along with some new faces!