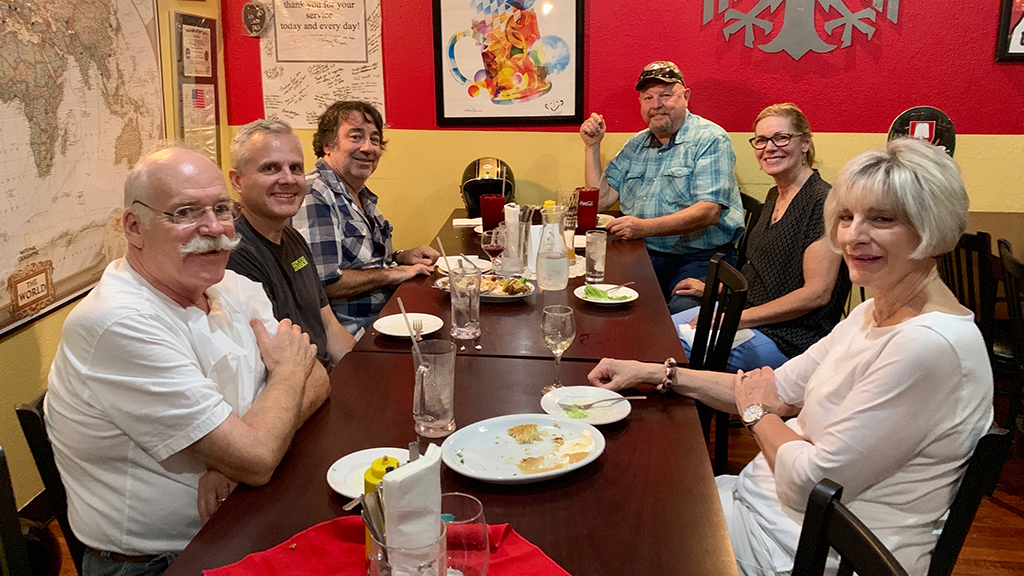 At the request of Philippe, Haus Murphy’s was the location for this month’s General Membership Meeting & Dinner. I have been coming here for years and for a couple of years I was leading a monthly BMW Owner’s Ride to Dinner here for GO AZ while I was still working there. It had been a while since I had been there, so I was excited about this month’s event!

After leaving work early to make the jaunt to the West Valley from Scottsdale, I’ll have to say it was a hot ride on my Harley! I probably would have driven my car, but I was on my bike after getting new tires earlier that day. Once parked, I was taken to our table and since I was the first one there, I grabbed the seat closest to the fan! Shortly thereafter, everyone started to come in and get seated. Our group was about 7 this month. I’m sure the hot/humid weather impacted attendance along with the trek to the not easiest accessible part of Glendale. Also, we have a couple of guys out on this year’s 3 Flags Classic.

Dinner as always was great as was the company! It was nice to see some familiar faces along with some new ones! Hope to see you all at breakfast next week!