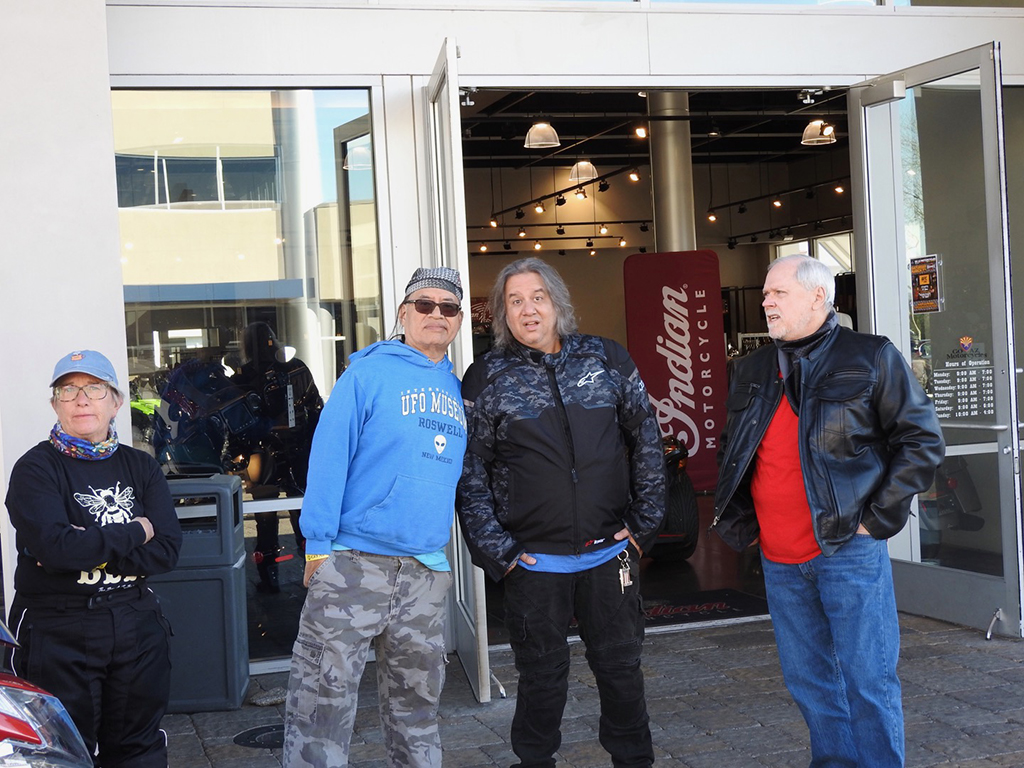 The first ride of 2020 started on a day that only comes once every four years.  Our Leap Year Day Ride would take us to fairly unknown, scenic parts of Arizona’s mining communities.

My day started with a cool ride on my Harley to GO AZ Motorcycles in Scottsdale, the official starting point for our ride. I arrived a little bit late this morning because I-10 was closed down to one lane in Litchfield.  I finally arrived at GO AZ while El Chino Loco and Ride Captain/Banco were giving the rider’s meeting.  After checking in, I waited about half an hour to leave because I was leading the final group out of the shop.

Since we had about 45 participants in this ride, we decided to split up in to 3 groups going to different restaurants.  Road Captain, Steve Stoops took the first group out on his S1000RR and ended at the originally planned restaurant, the Oracle Patio Café.  El Vice Presidente lead the second group to the Orehouse. I lead the last group out with our sweep committee to the Oracle Inn & Steakhouse which is just across the street from Oracle Patio Café.

The route basically would take us from GO AZ in Scottsdale down the 101 to the 202 East to US 60 East.  In Superior, we would take AZ SR 177 South through Kearney and into Winkelman.  We’d then head south on AZ SR 77 into Oracle.  It’s a simple route but scenic and rolls through some charming little mining towns.  It also has it’s share of twisty sections but nothing too technical.  All perfect for a cool winter’s morning and the first ride of the year.

After lunch, I decided since the weather was so nice, too take the long way home via AZ SR 188 along Roosevelt Lake and then down the Beeline, AZ SR 87.  This was such a relaxing ride ride and proves that just because the official ride is over, the ride ain’t really over!