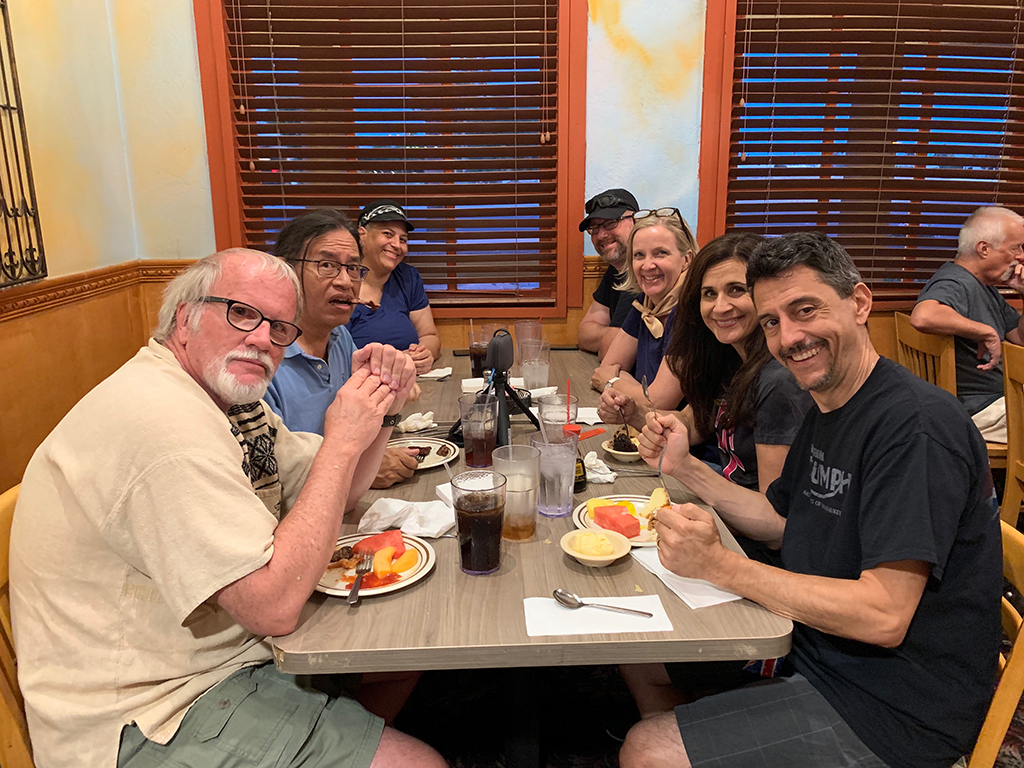 This dinner was originally scheduled to be at Airirang Korean BBQ. Rodney and I stopping in on Wednesday night to make sure they had enough staff to accommodate our group. Low and behold, the place had been sold and conditions were quite different! The next morning, the day of the dinner, we decided to move to Pacific Seafood Buffet which was in the same complex.

A friend of El Chino Loco’s worked at Airiang and and eventually met the owner. He had made plans with him for us to hold our May dinner there a few months ago. In that time to now, friend stopped working there and as it turns out, the owner sold the business a few months ago. When we stopped in on Wednesday night, we were concerned with the lack of clientele, meaning that the food that had been prepared was not moving and possibly not fresh. Also, there was only one person on the wait staff and a couple of people in the kitchen. We probably would have overwhelmed the place and how the food would have been was in doubt.

Thursday morning, Rodney suggested moving to the Pacific Seafood Buffet. At first I’ll admit, was a bit hesitant making a change at the last minute, but eventually agreed with Rodney. It was early enough in the day that I would be able to get the word out of the change in venue. Looks like everyone that intended on attending got the notice of the venue change and all went straight to the new location.

We had a nice sized crowd for dinner including Alan and Darlene from California that came out just for our dinner and to catch up with us! I sat with AK and his lovely daughters along with long time member, Jim Jewell. Topics of conversation ranged from Disney to guitars to MotoGP! It’s no secret that I’m not a fan of seafood, so I made sure I had a good lunch that day. I was pleasantly surprised that though there was a lot of seafood, there were plenty of land based foods for me to eat too!

Thanks to everyone that came out and am looking forward to next month’s Mid-Year Meatfest which is right up my culinary alley!