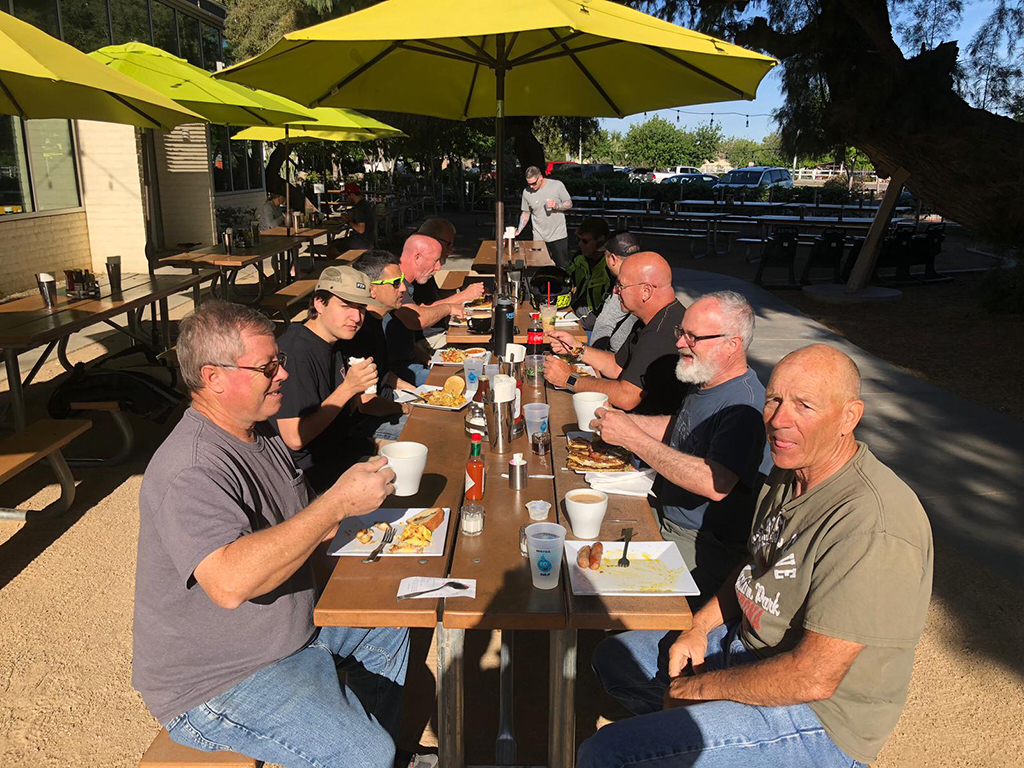 This month’s breakfast was at Joe’s Farm Grill on Ray Road in Gilbert I’ve been there several times, as I don’t live far and it never disappoints, always good food and of course, great company.

We were lucky enough to have a nice mild morning, with calm winds, especially after the last several days.  I would have liked to ride the Tiger, but due to some unfortunate events that happened the weekend before (more on that another time) I had to cage it.  Although my son came along which was a perk.

We did have quite a turnout all the way out from Buckeye and New River, you know who you are, so thank you for making the trek out, but hey, nice riding weather can have that effect. There were some new faces which is always great to see as the club is growing in popularity.

Now for the bonus. After the regular shop talk and stories for future and past rides, It was revealed to those not on What’sApp that a few riders were going to the desert to practice target shooting all courtesy of Greg Breneman and his assortment of firearms. Thank you Greg, we had a blast!!!

Looking forward to seeing everyone at the next membership meeting and dinner, Thursday, April 25th  for some Cuban food and the upcoming Alien Encounters Grand Tour.