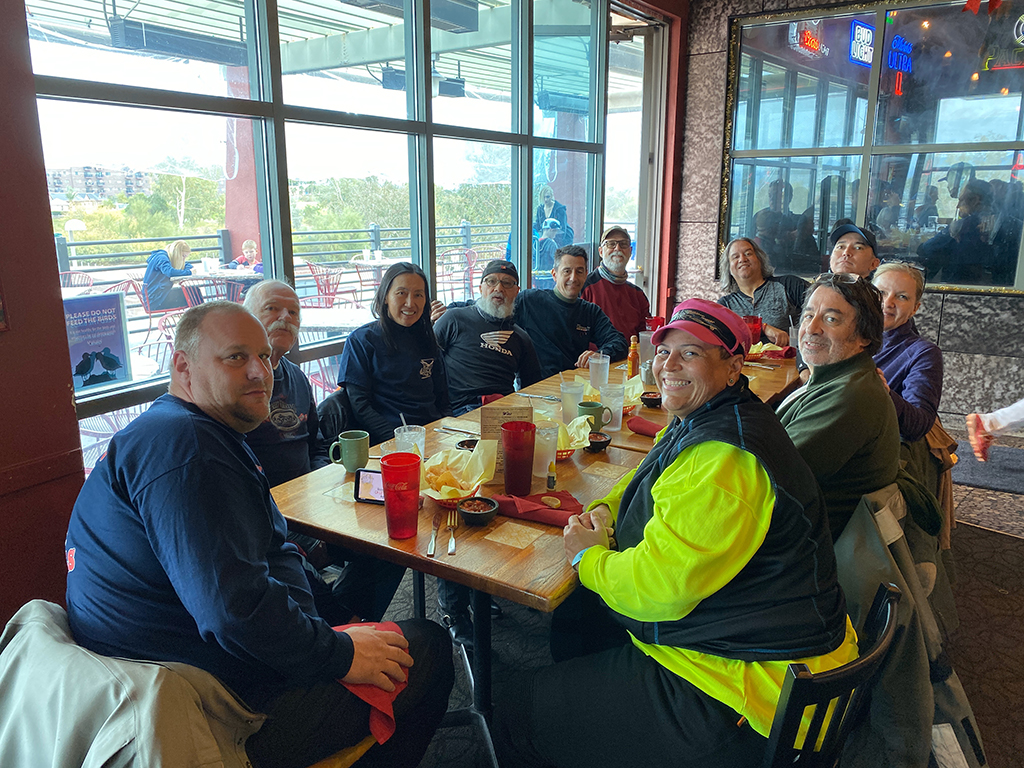 Our last ride of the year was a return to some of the roots from when we were a Triumph Owners Club.  Every year, we would take our “British” bikes (some were built in Indonesia…) over London Bridge in Lake Havasu.  Though we switched our focus over the years to being more about riding than what brand of motorcycle you own, we thought it would be fun to visit Lake Havasu and the curiosity of London Bridge.

It was a cool morning when we left GO AZ Motorcycles in Peoria after a brief rider’s meeting in the showroom.  El Vice Presidente led us out on his Triumph Tiger while I swept on my Harley.  Today’s route was fairly simple: Take Bell Rd out to US 60 West then on to State Route 72 that later becomes SR 95 North into Parker, AZ.  After gassing up at the Chevron, we continued across the Colorado River into California and made a right turn onto Parker Dam Rd.  For the first time ever that I’ve been traveling that road, it was clear of wild burros!  This road is fairly entertaining, snaking along the western shores of the river leading you to the Parker Dam.  We stopped at a lookout briefly for some photos and then proceeded across the dam where we stopped at another lookout for an additional photo op.  After getting started, we then headed north on SR95 on the Arizona side for about a scenic 30 minute ride into Lake Havasu City.  We then looped around to get on to McCulloch Blvd and went across London Bridge.  Because of it being Pearl Harbor Day, the US flags were being flown at half mast while they didn’t bring out the British flags that usually adorn the bridge also.

After a nice lunch at the Javalina Cantina, we set out to another part of the island for a photo op at the lighthouse.  Soon after, we started the trek home.  A few of us decided to pretty much go back the way we came but instead of continuing on US 60 into Wickenburg, we cut off on to Salome Highway in Salome and then grab I-10 into the Phoenix Valley.  From Parker and on east, it rained in different intensities on and off.  The weather reports said it wasn’t supposed to rain until early morning on Sunday so I set out on this ride on my Harley and no rain gear whatsoever, the worst combination for a rain ride!  Luckily, I had my heated vest with me and the clothes I had on didn’t completely soak through.  I have a lot of chrome to clean on my Harley though!

When I arrived at home is when I received the news that we had won the AMA’s 2019 Road Riding Organizer of the Year.  It was a fitting end to a tough ride home!