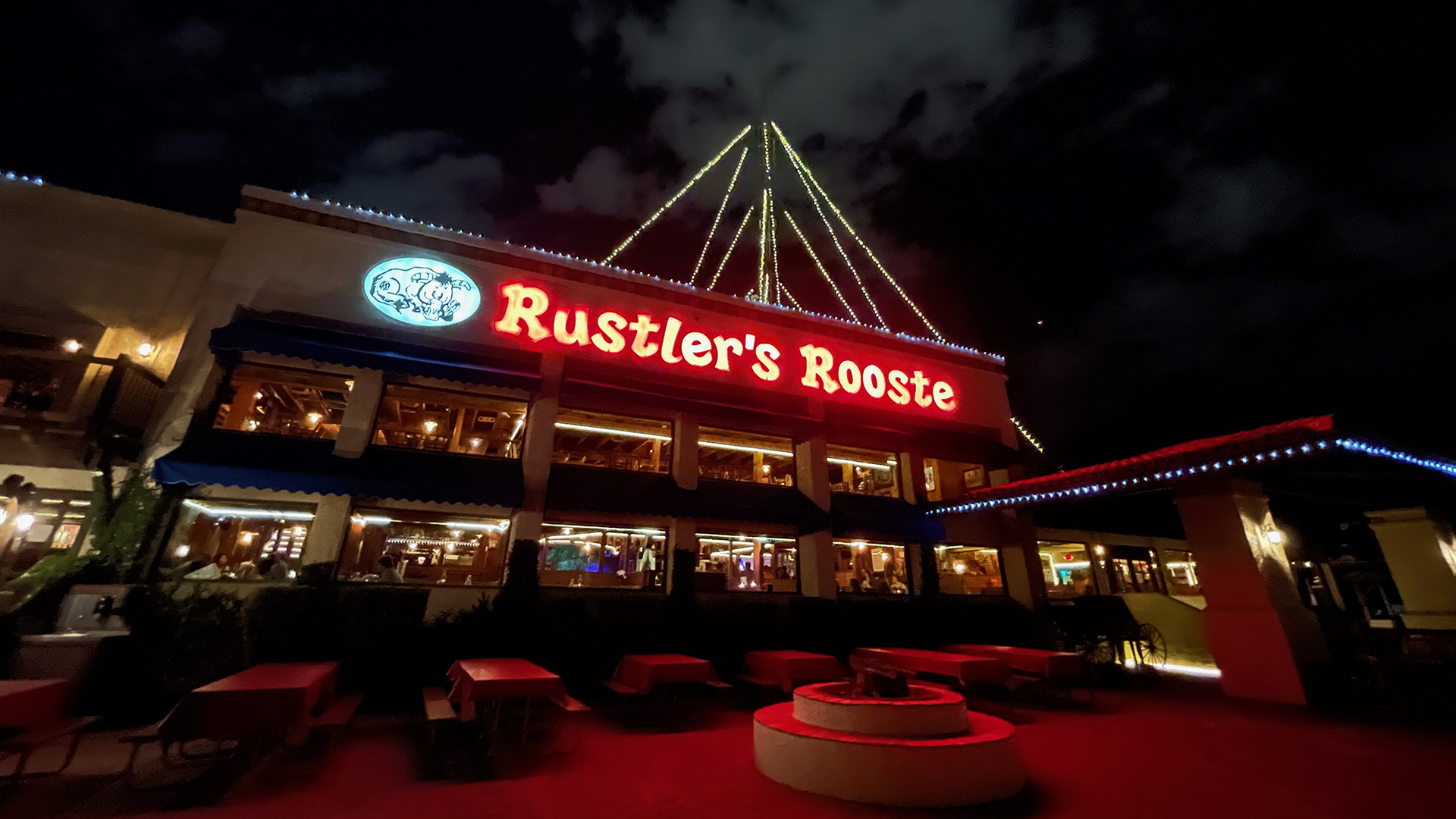 This was my first time visiting Rustler’s Rooste and after reading a few articles about it, I discovered that this is an old time Phoenix favorite so I decided to hold our monthly AZRATPack dinner there.

First of all, the views from the restaurant are spectacular! I’m not used to seeing views of the city this way since the Phoenix Valley is fairly flat in the densely populated areas at least. Rustler’s Rooste is located in east Phoenix towards the top of one of the mountains that overlook the city.

The old western themed restaurant features BBQ on the menu, a slide that connects the first and second floor and a band that plays both kinds of music; country and western… Only two of us ventured down the slide while the band played at a perfect volume that allowed us to have conversations at the table. I ordered the all you can eat beef ribs which were pretty good and filling enough in one helping.

Kudos to the restaurant and staff for working with us to separate the checks for our group of 13. As always, great conversations were had and was great to see everyone! Until next time!